I started my career in the media delivering the Hull Daily Mail, as 13-year-old Sue saving for my first holiday abroad. A couple of decades later (after spells in community media and a post-grad in radio and TV) I was working at the same newspaper.

Starting in commercial features, moving across to editorial and taking on developing the online news operation. I ran the editorial web operations for the HDM and its sister newspapers in Grimsby and Lincoln, and then became regional editor across Northcliffe’s online newspapers in the north of England and eastern Scotland.

When Northcliffe – like other newspaper groups at the time – realised that the web was costing rather making money and regrouped into a centralised digital operation, I chose to stay at the Mail and with traditional journalism, moving onto the newsdesk. It was a tough job at one of the best regional dailies in the UK, and I loved it.

I moved from assistant news editor at the Hull Daily Mail, to deputy news editor at the Sentinel (in Stoke), then news editor at the Telegraph & Argus in Bradford. I was on track for Assistant Editor at another daily, but had started to lose faith with local journalism. There were a couple of stories that bothered me and I’d begun to worry about journalists as reinterpreters of events, rather than reporters.

So I left newspapers and began setting up a user-generated news site, one that would enable people to tell their own story (tagline “Your news, not theirs”). It was my first start-up – Sweeblenews launched in 2006, but failed to get traction. This was largely pre-social media and people were uncomfortable writing their own news. They worried about the writing bit. They wanted the validation of a journalist’s interest in their story.

I started teaching journalism part-time at Staffordshire University and worked on a new start-up idea. This one, Sweeble, was also about helping people tell their own news but the focus was on self-publishing. A web-to-print system aimed at groups, schools, small businesses etc. wanting to both create a website and publish a printed newsletter or magazine. I wanted to build WordPress for print.

When Sweeble launched in 2009 it was pretty radical; no-one else was doing web-to-print self-publishing. Turned out that’s because in 2009 the technology hadn’t caught up. Despite getting customers and attracting investors, the bespoke software underpinning Sweeble was failing, it hadn’t been built to keep up with browser changes.

“You build on failure. You use it as a stepping stone. Close the door on the past. You don’t try to forget the mistakes, but you don’t dwell on it.” – Johnny Cash

After Sweeble came the cocktail party business (lovecocktails.co.uk) and two more creations – the cocktail scrobelizer to work out quantities of ingredients x cocktails x people, and cocktailkitty so groups could chip in to fund their party. Nice ideas but our day jobs were getting busier, so we closed lovecocktails and had a party with the stock ; )

Finally, I started Lasting Lives. A return to journalism and that drive to help people tell their own stories. Journalists volunteering to work with people at their end of their lives to help them tell and publish the story of that life. It’s a beautiful project, wonderful to work on, and we’ve started looking for funding to expand it.

And alongside all of that, there’s been my journalism teaching (since 2007) and academic research (since 2012). Built on my experience in traditional and digital journalism; in developing and launching start-ups, and in my desire to try new things, chase ideas, research, develop and experiment. And all of it built on my belief that journalism matters and journalists matter.

If we define journalists by who employs them, rather than by what they produce, we undermine journalism’s importance. Content is not journalism. By defining what a journalist must do, we define journalism and its place in society. By coming up with a definition the public can see value in, and hold us to, we reclaim our relevance in their lives. (Greenwood, 2017: 160) 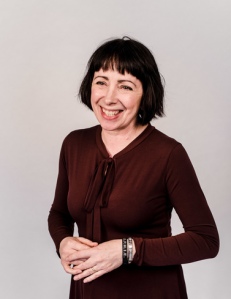